‎97 downloads of ABC Tap within 24 hours of launching in iTunes! Compare that to 4 downloads over the last 6 months in Google Play. No wonder developers prefer iOS. 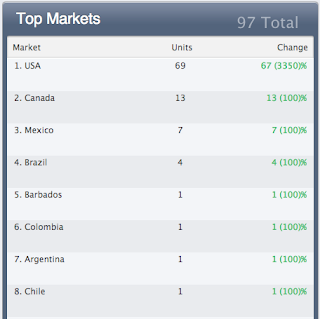 Posted by dmarchant at 7:40 PM

I just added ABC Tap to the Corona Showcase. Both ABC Tap and 123 Tap were built with Corona SDK.  I initially used libgdx to build the first version of ABC Tap but I got frustrated with the fragmentation issues on Android after I released it. Corona SDK has been smooth so far. I haven't had any complaints from Android users. That is saying lots because there are 800+ Android devices that you can target on the Google Play store.

Posted by dmarchant at 6:04 PM